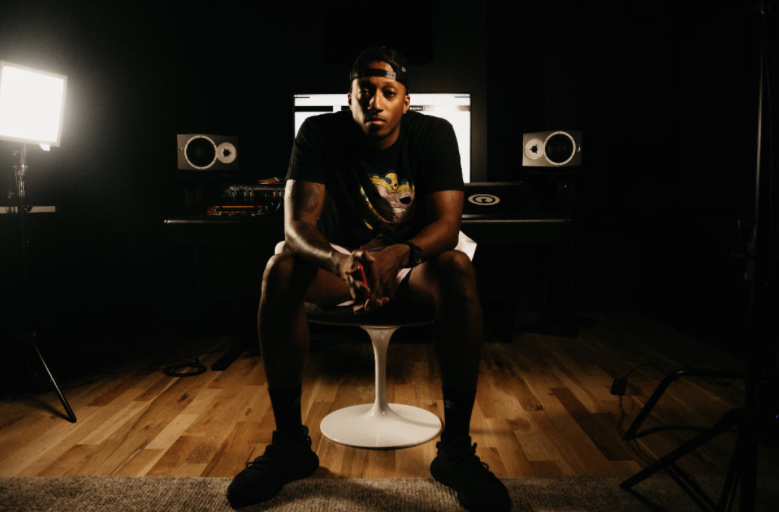 Grammy award-winning artist, Lecrae, has branched out from music into tech as an investor! After announcing his partnership with Oust Labs, a full-service agency that converts ideas into enterprises, Lecrae has invested in MXD (Getmxd.com), innovative software that is a game-changer for indie artists, A&R executives, producers, podcasters, editors, film creators and more. “We’re in a time in history where technology is providing solutions for nearly every field. The entertainment world needs these solutions and I’m committed to making sure they are affordable and accessible,”shares Lecrae.
Anyone can use MXD to create incredible professional high-quality mixes for songs, podcasts, or commercials. Just upload your tracks, choose your sound profile and for less than a hundred dollars, you can get a fully mixed professional audio delivered to your inbox in 48 hours or less.

https://www.getmxd.com/hearthedifference
Lecrae is the CEO and co-founder of several business ventures including Atlanta based, Reach Records, an independent music label he founded in 2004 with a partner, Ben Washer. “Building a record label from the ground-up has given me a deeper appreciation for what it takes to put out your music independently,” explains Lecrae. “Although I’m now partnered with a major label, I started out as an indy artist and still run an independent label. I wish technology like MXD was available when I started out.”
MXD is founded by Jacob “Biz” Morris, a Grammy Award-winning engineer and audio mixer. “Before MXD my inbox was flooded with requests for services, but at rates, I couldn’t commit to,” explains Morris. He shared the number of direct messages and emails requesting audio engineering services with Lecrae who astonished introduced him to Oust founder Dan Duncan to help create a solution. Through the Oust Labs Accelerator and startup studio program, Morris went from ideation to execution within three months. Morris says Oust’s support has been instrumental in launching his brand. “Their team pushes the boundaries on creativity,” he said. “Oust’s branding is amazing and the team is phenomenal!”
Oust’s unique model and approach places a large emphasis on branding, creativity, and sought after “wildness.” In addition to the creative assets, they also connect founders to a community of advisors, mentors, and other entrepreneurs to encourage them along the way. Entrepreneurs present their ideas to the Oust Labs incubator and the full-service agency selects the most promising ideas and helps the startups design, market, launch and even source seed funding to kick off their businesses. Duncan shares that the program has helped two of their start-ups secure over $50K each in seed funding from their network of investors.
Get connect to Oust at http://www.weareoust.co
Get in the MXD here https://www.getmxd.com
Follow Lecrae on Instagram, Facebook, and Twitter @Lecrae

The best thing since Apple’s IOS secure mobile operating system, selfiepay™ is the next level for mobile payment structures. Mastermind Sharron Battle‘s selfiepay™ has been created at a time where national security is of the utmost importance and the demand for higher security measures have increased even higher. Dubbed “The Next Steve Jobs”, Sharron looks forward to taking selfiepay™ to the Web Summit in Dublin, Ireland and stirring up more competition between the tech companies in attendance. Sharron expressed in a recent interview her commitment to advancing selfiepay™ in the marketplace.

With roots firmly grounded in the “Show Me” state Missouri, Sharron has done just that. With an expansive background in engineering, business strategy and finance, a professional graphic designer, and in the more recent years stepping into the entrepreneurial realm, her well-rounded background is the foundation for much success with mobile payment application selfiepay™. The self-recognition technology behind selfiepay™is reminiscent of futuristic Sci-Fi movies where fingers, hands or eyes were scanned to grant access or to authenticate someone’s identity. True-to-life, nowadays everyone has this technology right at their fingertips literally.

The demands of today’s instantaneous lifestyle, people are accustomed to doing everything on the fly. Well, with this type of lifestyle, the security stakes are higher. Children are learning to use iPads, smart phones and partaking in cyberspace conversations within 140 characters on Twitter with people they probably would never meet in their lifetime. Companies, and even more importantly parents, are investing in security software to limit malicious attacks to none, putting checks and balances into protocol, tightening physical security among other strategic measures.

The timeliness of selfiepay™, facial recognition technology, enhancing everyday payment structures adds another level of security to meet global demands. Consumers are able to take their identity security into their own hands instead of totally relying on companies to be their eyes. According to Sharron, “[selfiepay™] can be used from a mobile device, tablet, watch and interactive TV monitors. Using the combination of facial and iris recognition adds more integrity to the payment process providing close to a 100% confidence level of a person’s identity.”

Sharron Battle is one of few women, let alone minority women, in the technology world.  Her ingenious creation of such a technologically sound mobile payment structure has afforded her and her team a seat at the table with the big boys. November 3 – 5, Sharron and her team will travel to Dublin, Ireland to take part in the Web Summit 2015. There selfiepay™will take centerstage as one of the premier startups to be showcased to the technology world market.

selfiepay™ is not the wave of the future, it is the solution of now. New millennials and techies will grab hold of this next level technology implementing it into their everyday lives. The demand of higher security measures calls for the existence of selfiepay™. Visit the website to learn more about the creator and technology behind selfiepay™. Download the mobile application on GooglePlay (soon to roll out in the Apple Store).